When school lets out, does learning stop? 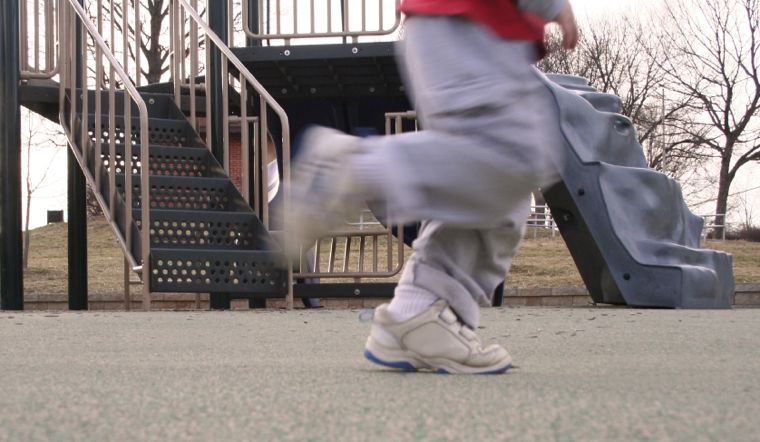 It’s 3:00 in the afternoon on a typical weekday. School is out. Where do kids go next and what do they do?

What do students do after school?

What is expanded learning?

How can my school get money for an after school program?

Do after school programs help students?

How are after-school programs funded?

In years now long past, what happened after school was seen as beyond the scope of concern for schools, except perhaps for the expectation that there would be homework.

Increasingly, communities have raised their after-school expectations for schools. These expectations aren't just driven by educational needs — families and communities need a safe, affordable alternative to unsupervised time for kids.

Perhaps most critically: who is supposed to pay for these opportunities? Because, as always, the golden rule applies: Whoever's got the gold makes the rules.

Federal, State and Local all chip in

The answer is mostly the state. But it's complicated.

The State budget. In 2002, California voters passed an initiative (Proposition 49) to make funding of after-school programs a constitutional obligation. The measure passed with active support from Arnold Schwarzenegger, who at the time was a private citizen with political ambitions. Campaigning for this popular measure boosted Schwarzenegger's profile and led to his election as governor of the state in a recall election. If this seems like a digression, it is to make the point that after-school programs are not funded in a normal way in this state, and it took a lot of star power to make it happen in the first place. This strong beginning has had staying power. According to a 2020 ranking by the National Afterschool Alliance, California has stronger after-school programs in more schools than anywhere in America other than Washington, D.C.

The After School Education and Safety program (ASES) provides state funding to support local after-school programs for K-9 students throughout the state. The program chronically struggles to keep up with rising costs and maintain services for students. 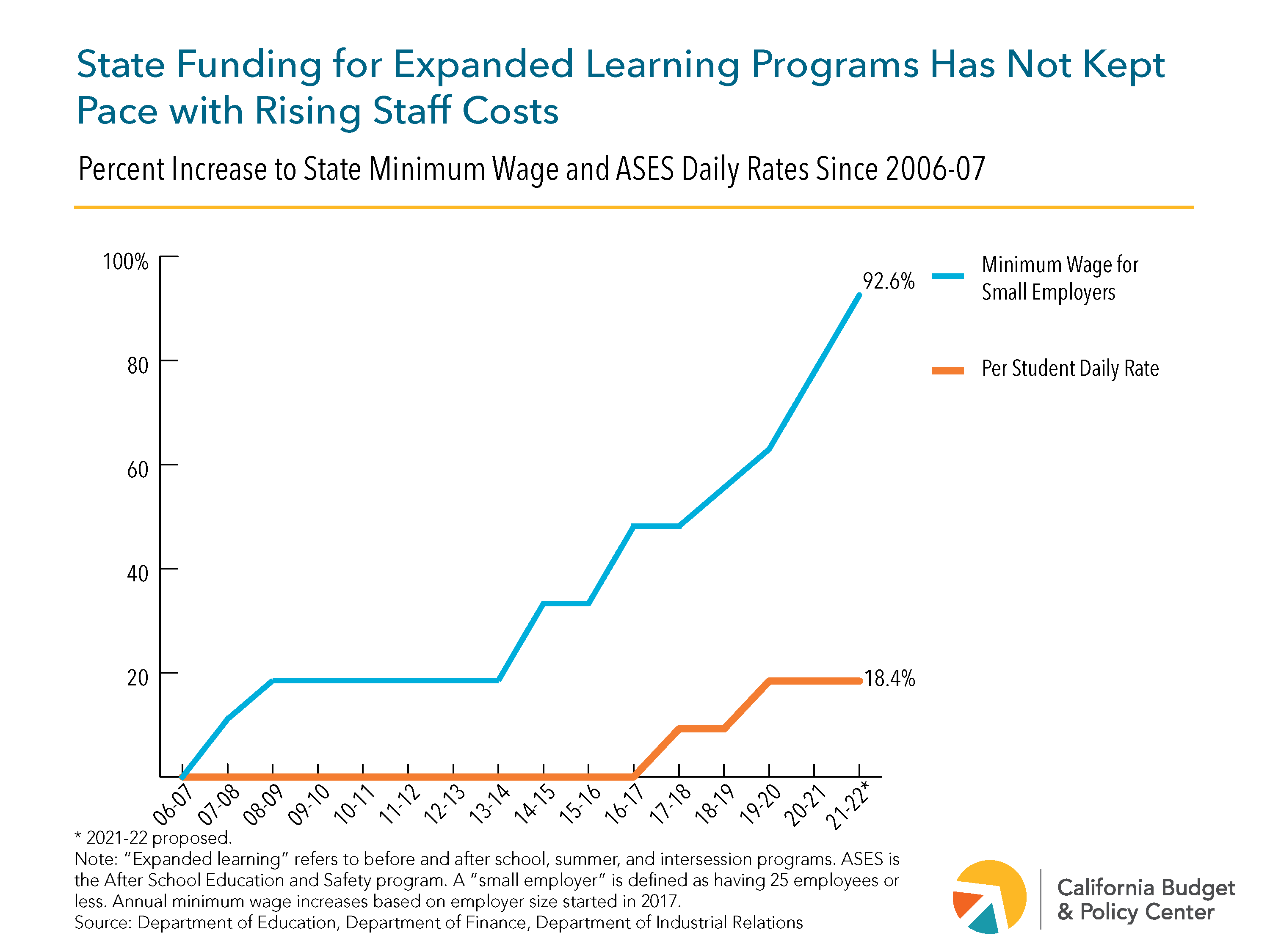 The Federal budget. At about the same time Californians voted to create ASES, the federal government created the 21st Century Community Learning Centers program for grades K-12. Like ASES, this program awards money based on grant applications that emphasize support for lower-income communities. Both programs expect the schools they fund to provide a combination of educational and enrichment activities. 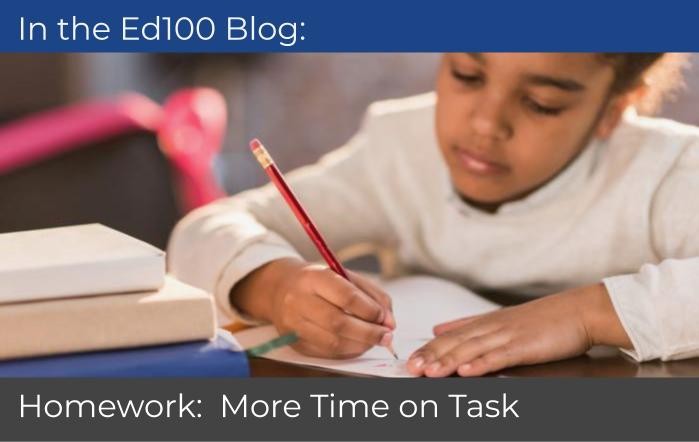 Meanwhile, local communities, non-profit organizations and businesses also provide after-school and summer programs, usually for a fee. In 2014 the California After School Network attempted to provide an overview of these overlapping services in its report State of the State of Expanded Learning. The best ongoing national summary is called America After 3PM.

Are afterschool programs a good use of funds?

There is considerable evidence that after-school programs, like summer programs, can have a significant positive economic effect, particularly if they are well-run. RAND corporation took on this question in an efficacy study of after-school programs. Suggestions for program design were documented in an enormous report titled “Hours of Opportunity.”

No single entity is responsible for providing out-of-school-time learning, so coordinating among programs can be a challenge. During the Pandemic, districts and nonprofits did their best, in cooperation with the California Afterschool Network (CAN).

The next lesson turns to the question of whether it matters when kids miss school.

How will children in low income areas be able to keep up with A.I. and NanoTech?

An issue which I think ties in is the quantity of homework required of students and the nature of that homework. Some assignments require internet access which not all children have even at home much less at an afterschool site (necessarily). Some assignments even for K students require parental help or resources (remember looking through magazines to find pictures with a subject of color? how many household have magazines floating around these days?). This is separate from the question of how much homework for each age and grade, and whether teachers 'obey' the rules (many in effect claim the whole amount for their subject) which can make for students spending hours and hours on homework (and not considering those who don't manage homework perfectly). Although I remember having homework in the 60s, I also remember huge amounts of time for play and reading which was harder for our children to come by in the early 2000s.

Yes! So much homework and my children are in elementary school! I must admit, I'm concerned about middle school and high school home work loads and if it is even necessary. I can see having homework for assignments not finished in school, but just for busy work....our children need time to be a kid!

The Center for American Progress analyzed data from the Afterschool Alliance’s America After 3PM survey. This analysis estimates that the average family will spend more than $3,000 on summer programs for two children, representing 20 percent of a typical family’s income for the entire summer.

A Feb. 2016 survey by the Partnership for Children and Youth finds that flat funding and increased costs are having a negative impact on providers of after school programs.
California’s After School Education and Safety (ASES) program supports over 4,000 elementary and middle schools serving more than 400,000 students daily.
" While the costs, demands, and expectations of ASES programs have consistently increased, the funding has remained stagnant for a decade." The report found that "nearly 30% of ASES-funded respondents reported that they are very likely to close their programs without an increase to the ASES daily rate in the next two years."
Find out more...http://partnerforchildren.org/wp-content/uploads/2016/04/ASES-Daily-Rate-Survey-Memo-Year-2-Final.pdf

A report from America After 3PM now gives high marks to California for participation in after school programs but notes there is still more that must be done.
http://afterschoolalliance.org/AA3PM/detail.html#s/CA/demand/p_of_children_in_programs_2014