Private schools are changing, because…

About half a million of California’s students in grades K-12 attend private schools.

Should I send my child to private school?

How much does private school cost?

What is a school voucher?

What is a Blaine Amendment?

Of these students, about four out of five attend a private school affiliated with a church or religion. Many private schools (particularly those without a religious affiliation) refer to themselves as "independent schools" or "nonprofit schools." 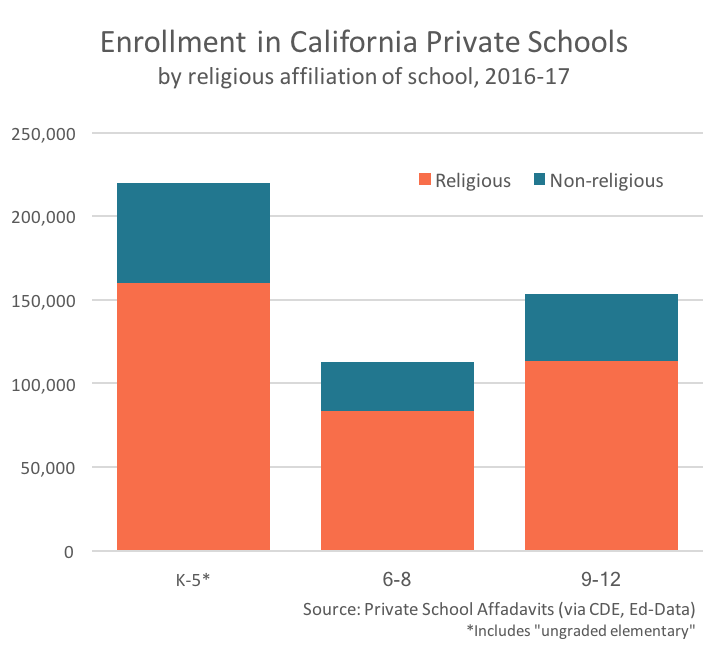 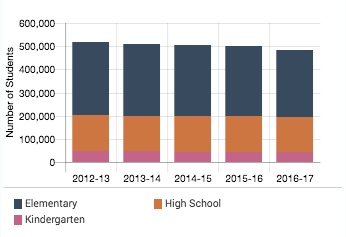 Tuition is not tax-deductible

In several states and Washington, DC, the lines between private and public schooling have been blurred through the use of "voucher" programs. In these programs, parents receive tax-funded vouchers for use toward payment of tuition costs at a private school. Because the majority of American private schools have a religious affiliation, debate about school vouchers frequently overlaps with arguments about separation of church and state. The debate goes back to at least 1875, under the administration of Ulysses S Grant, when James G. Blaine proposed a constitutional ban on public funding of private schools. In a wave of anti-Catholic sentiment, the Blaine Amendment narrowly failed to become a part of the US constitution, but most state constitutions adopted equivalent policies.

The matter is not settled. In 2002 a divided US Supreme Court approved the use of tax-funded vouchers for tuition in selective religious schools in limited circumstances in Cleveland.  In 2011 Republican leaders in several states including Indiana advanced state legislation to permit use of tax-funded vouchers at religious schools. In 1993, and again in 2000, voucher initiatives were overwhelmingly defeated in California.

Vouchers and the Trump Administration

With the arrival of the Trump administration in Washington, the voucher debate heated up again. Secretary of Education Betsy DeVos has called for Blaine Amendments to be overturned in order to permit tax-funded voucher programs for religious schools.

Arguments against vouchers are succinctly stated by the Anti-Defamation League. Rebuttals are summarized here by BalancedPolitics.org.

What does the research say? Research (2016) from The Stanford Center for Opportunity Policy in Education (SCOPE) takes a broad international look at how education systems with vouchers compare.

The study examines two approaches that it describes as "Public Investment" vs. "Privatization." For the "public investment" model, it describes Finland, Cuba, and Ontario, all of which invested significantly in teacher professionalization and resources for schools. The "privatization" examples are market-based reforms in Sweden, Chile, 1990s Ontario, and some U.S. cities. A 12-minute video, How Privatization and Public Investment Influence Education: A Look at the Research, takes a strong point of view in favor of the "investment" approach.

In the pro-voucher arena, The Foundation for Educational Choice provides arguments in favor of vouchers as well as selected research on programs on school choice in the US. The Wharton School provides voucher pros and cons with earlier state research. Arguments in favor of school vouchers are also well articulated by Greg Forster of the Foundation for Educational Choice here.

An excellent statistical comparison of private schools by their self-described affiliation (Independent, Catholic, Jewish/Hebrew, etc. is available here from the blog schoolfinance101.

The next lesson explores ideas about improving education by incorporating health and other community-based services directly into schools.

Many of us have "known" that teachers in private schools need not be credentialed; I wonder if you have some information to back up or refute that 'knowledge.' I will also add that at least in some states (my example is drawn from Massachusetts), private schools have no obligation to supply what special needs students need. It was only upon withdrawing the child with MS from the very select private school, that the parents found that the public school accommodated the PE needs, and on and on, that the private school really didn't feel it had to address. It was an eye-opening experience for the very devoted parents.

You are correct. Private schools (including home schools) are not required to have teachers with credentials. Very few of the requirements associated with public traditional schools and public charter schools apply to private schools except under special circumstances.


A new study looks at whether private schools are better than public schools.
The finding? NOPE.

"Results from this investigation revealed that in unadjusted models, children with a history of enrollment in private schools performed better on nearly all outcomes assessed in adolescence. However, by simply controlling for the sociodemographic characteristics that selected children and families into these schools, all of the advantages of private school education were eliminated. There was also no evidence to suggest that low-income children or children enrolled in urban schools benefited more from private school enrollment."
Does Attendance in Private Schools Predict Student Outcomes at Age 15? Evidence From a Longitudinal Study

Children with a learning disability need to ask important questions about how using a voucher, education savings account or tax incentive program may affect a child's education and civil rights. The National Center for Learning Disabilities provides 6 questions parents should ask to assess the

Here is the link to the report: https://www.ncld.org/wp-content/uploads/2017/10/SV-ESA-TI-6Questions.pdf

Parents feel that their kids are safer in a private school. And they think teachers pay more attention to students.

A persistent myth holds that teachers are twice as likely as other parents to send their kids to private schools. It isn't true. The myth appears to have originated in a 1983 study of urban Chicago schools that failed to compare households of similar income. The myth was recycled in a rather loose interpretation of a national survey in 2004, available here: http://files.eric.ed.gov/fulltext/ED485524.pdf To be clear, many households with teachers DO send their kids to private schools, especially in high-poverty urban areas. But they do so at a rate lower than neighboring households of similar income.

In some cases, teachers at a private school are given opportunities to send their own children--the instance I know of is with a religious school in another state--to the school. I wonder if this accounts for some of the myth.