Character:
Can Values and Habits be Taught?

Maybe the stuff that really matters most CAN be taught.

How do children learn values and good habits?

How can schools teach good behavior?

How can schools teach good behavior?

How can kids learn to deal with conflict?

What is positive coaching?

How can students learn "soft skills?"

Although parents have the primary role in most kids' character development, schools play an essential role, too.

In most schools, the concept of values and habits tend to be lumped together under the broad umbrella of character education, a term that can refer to a host of values and attitudes: respect, trust, honesty, concern for the welfare of others, responsibility, and the desire to do one’s best. Schools with a religious mission include additional values or norms aligned with a belief system.

Many schools address character education as a part of their general practices rather than as a separate academic subject. A science teacher, for example, can stress the importance of precision and truth when reporting data. A language arts instructor can examine racism by assigning students to read and discuss a novel such as To Kill a Mockingbird.

For many students, experiences in sports are thick with life lessons: how to celebrate a victory, cope with a loss, follow (or break) rules, deal with injury or aggression, and more. These lessons aren't always good ones, and a lot depends on the culture of the competition. The Positive Coaching Alliance, a California-based non-profit organization, trains parents and coaches in how to maximize the good stuff and train away the bad stuff.

Character education is not part of Common Core. But it's important anyway.

In many schools, leaders are working to make character education an intentional part of the curriculum. Notably, though, it is not a part of any official programs like Common Core. Character education programs can differ greatly from one another. They can be hard to measure, and quantitative research on their effects can show mixed results. If your school or district is considering a program, have a look at the federal What Works Clearinghouse for inspiration, as well as the California Department of Education's summary of character education resources.

Another good source of inspiration is the Character Education Partnership, which suggests 11 principles of effective character education. Or maybe you'll prefer the Cortland Institute's 12-point approach. Then again, maybe you'll resonate to the perspective of education writer Alfie Kohn, who views these programs as "tantamount to indoctrination" and offers his own prescription.

One thing is clear: character education programs work best when they are sustained and consistent, becoming part of the culture of the school. If your school or district is considering a push for character education, it may pay to build agreement among the faculty, board, and union leadership. Go slow to go fast.

Many elementary school report cards include elements that allow teachers to communicate with parents about their child's progress in soft skills that relate to the development of their character; perhaps something is lost in the more cut-and-dried letter grade evaluations that generally take center stage in middle school and high school. Some character education programs have had a measurable effect on reducing substance abuse, violence, and pregnancy.

Character education programs have had a measurable effect on reducing substance abuse, violence, and pregnancy

A number of curriculum and intervention programs start from the premise that students need to be taught strategies for dealing with conflict. For example, restorative justice empowers students to show respect for others, take responsibility for their actions, and create positive relationships with their peers. Another model, Schoolwide Positive Behavioral Interventions and Supports, calls for school faculty and staff to actively teach, model, and reward positive behaviors such as academic achievement, following adult requests, and engaging in safe behavior. 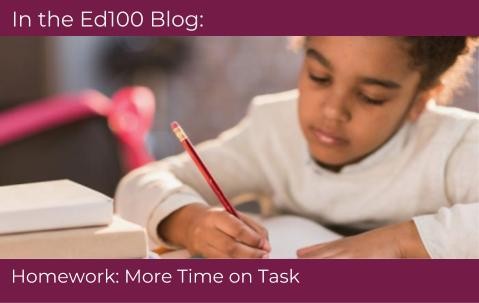 It too often goes without saying that good study habits in school form the basis for work habits that lead to success as an adult. Basic principles that can be used to enhance study skills are as such:

Other desirable academic behaviors — like going to class, arriving ready to learn, and actively participating in class — also lead to better academic performance.

One way our school district is working on teaching character is by implementing the Capturing Kids Hearts process from Kinder through eighth grade. This process has students look at what type of social contract they would like to implement within the classrooms in place of rules created by the teacher. Through the creation of the contract, character education becomes embedded as the students bring up values such as respect, kindness, honesty, dependability, being open-minded, etc. These contracts help create a family-like environment within the classroom in which our students end up holding each other accountable when they break the contract. As a teacher, helping my students master the content of English is important but equally important is helping them become kind, open-minded, accepting individuals with a strong character rooted in values and good habits by capturing their hearts.

Truthfulness as a virtue has taken a tough hit recently. There are an awful lot of bad role models out there in politics and pop culture. As a parent or educator, how do you help kids develop habits of truthfulness? GreatSchools suggests 12 practical ways. http://www.greatschools.org/gk/articles/12-tips-raising-truthful-kids/?utm_source=Ed100

I would love our district to pick one program and have all 50 school do it. Right now some have picked their own and yet put the time and the money into it but do not follow the program