Should teaching about the 4th of July be banned? 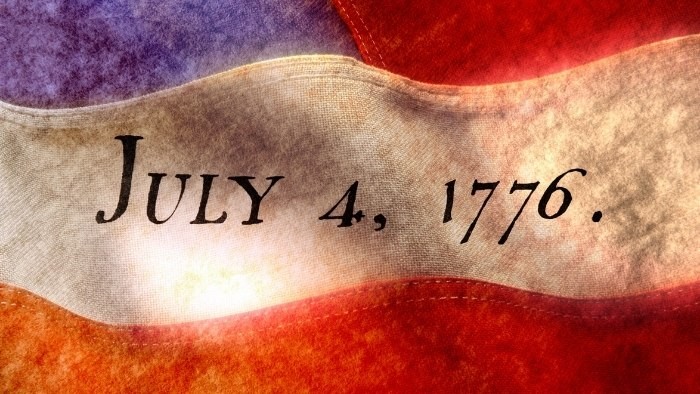 My bet is that there was more discussion about fireworks on Independence Day than about why this celebration is important to our democracy. And yes, why the history of the holiday is so important to teach children.

History classes drilled the words of the Declaration of Independence into my mind:

We hold these Truths to be self-evident, that all Men are created equal, that they are endowed by their Creator with certain unalienable Rights, that among these are Life, Liberty, and the Pursuit of Happiness—-That to secure these Rights, Governments are instituted among Men, deriving their just Powers from the Consent of the Governed…”

Divided opinion about Critical Race Theory is placing some history teachers in a jam. It can be uncomfortable for educators to teach the full history of the Declaration of Independence and the Constitution. It’s the history of the United States.

Should teaching about the 4th of July be banned?

Some argue that Independence day should be strictly a day to celebrate the success of our great national experiment. Should meaningful teaching about the significance of the 4th of July be banned? Of course not! It’s vital to place America’s progress in historical context.

Independence Day reminds us to recommit to the work of forming a more perfect union to secure the blessings of liberty to ourselves and our posterity. It invites us to remember our national ideals and celebrate our progress toward them.

In 1852, a decade before the start of the Civil War, abolitionist Frederick Douglas delivered a powerful perspective on the Fourth of July: What to the Slave is the Fourth of July? His message was not a flag-waving celebration but a condemnation of the perpetuation of slavery. To fully understand the history of our nation, students should feel the intensity of this speech.

Words matter: The Declaration of Independence

Let's examine the words in the Declaration of Independence and compare them to the reality of the day for white men, women, the poor, and people of color.

“All men are created equal…”

In practice, “all men” meant white men who were property owners — not women or people of color or the poor or indigenous people or slaves. Some have argued that the Constitution is race neutral, in part because the word “slavery” is never mentioned. But many provisions of the Constitution were negotiated to protect slavery. Slaves had no vote, but the weight of slaveholders’ power in the House of Representatives was increased by three-fifths of a person (that is, three-fifths of a white man) for every slave they held. This boosted the legal power of southern slave states to preserve slavery.

The Constitution does not specifically limit the rights of women, but under common law at the time America was founded, a “married woman was not a person; her legal existence was bound up with that of her husband”.

“...They are endowed by their Creator with certain unalienable Rights, that among these are Life, Liberty and the pursuit of Happiness.”

Unalienable rights include such things as the right to own private property, to work and enjoy the fruits of one’s labor, to move freely within the county or to another country. At that time, these rights were not extended to women and people of color.

To secure these rights, Governments are instituted among Men, deriving their just powers from the consent of the governed.

In practice, huge sections of the population were denied the right to vote. There was no real measure of the consent of the governed, and there would not be for generations.

The Declaration of Independence was a key event in the Revolutionary War. It took a civil war and years of advocacy to change the Constitution in ways that reduce these inequities.

The work is unfinished. For example, the Equal Rights Amendment, guaranteeing equal rights for all Americans regardless of sex, has been ratified by 38 states but not yet adopted. It reads:

Equality of rights under the law shall not be denied or abridged by the United States or by any state on account of sex.

Racism and sexism have played a central role in the history of the United States. To teach otherwise is to teach falsehood.

Each generation bears the responsibility of teaching children about our democracy and the need for on-going efforts to create a more perfect union. It is an essential and critical role of our public schools.