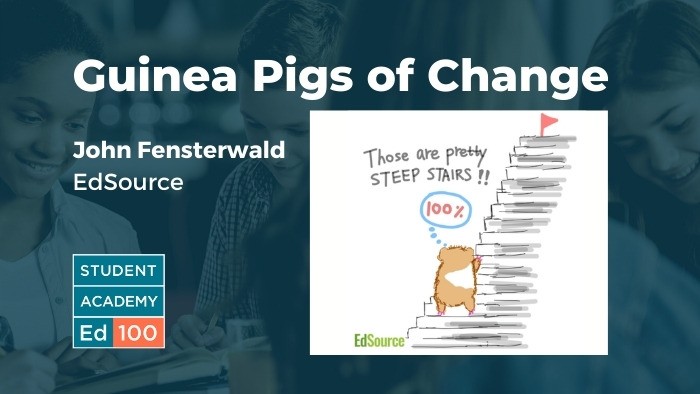 The education system has changed. Students have lived it.

A K-12 education lasts 13 years. As students grow up, they change… and, less perceptibly, the education system changes, too. At the Ed100 Academy for Student Leaders this summer, we asked EdSource’s John Fensterwald to provide today’s high school students a sense of their own history: How has the California education system changed during their lifetime?

Fensterwald responded to this request with a creative twist. Addressed to the class of 2020-21, “The Ginny Chronicles” is a short video that reviews two decades of events and federal and state education policies. The class of 2021 experienced their education in the context of a lot of change — two recessions, a pandemic and policies like the No Child Left Behind Act (NCLB). As Fensterwald colorfully explains, these students have been guinea pigs of change.

The education system tends to change slowly, and moments of significant change tend to require a crisis. Generation Z was born into such a crisis. A sharp stock market downturn and recession undermined education funding. California’s state leaders had a clear vision for a more fair and rational funding system, and they managed to get it passed into law. The new system was called the Local Control Funding Formula (LCFF).

The class of 2021 lived through the transition to local control funding. In their early grades they also felt the pinch of the recession, especially in the form of big class sizes and slim support for teachers. In 2010, California funding per student was the worst in the nation in terms of purchasing power per student.

For the class of 2021, annual testing was a normal part of their school experience, as required by the federal No Child Left Behind act. Until the end of the Obama administration, there were reasons for school leaders and educators to feel tense at testing time. The policies were “well intentioned,” Fensterwald said, but “ultimately destructive.”

Perhaps the most sweeping changes that affected Generation Z in the classroom involved the adoption of the Common Core State Standards. The transition to Common Core is now complete, but years were lost, Fensterwald said, in the confusing period between when the standards were adopted and when there were decent materials available to teach with them. “Ginny remembers 2010 as a good year to go to the movies,” Fensterwald quipped.

During the education of the class of 2021, the state of California wrestled with how to define success at a systemic level. Schools and teachers need to be allowed room to make school inspiring and motivating. A hyperfocus on math and English results had led some schools to make education dull. California introduced the School Dashboard as a more flexible tool to measure success and notice gaps. Fensterwald suggested that all guinea pigs (all students) should have certain rights:

Policies passed by voters under the Brown administration, coupled with stock market growth and Federal assistance have delivered a dramatically better budget for California’s schools. In an interview with Fensterwald a few weeks after the conference, California State Board of Education chair Linda Darling-Hammond predicted that, for the first time in decades, California’s per-pupil spending will likely exceed the national average. Based on the LCFF funding formula, a significant slice of that money will go to districts with the highest needs. The Ginny generation learned through California's lean years. Perhaps the years ahead will be better.

Be a Source for EdSource 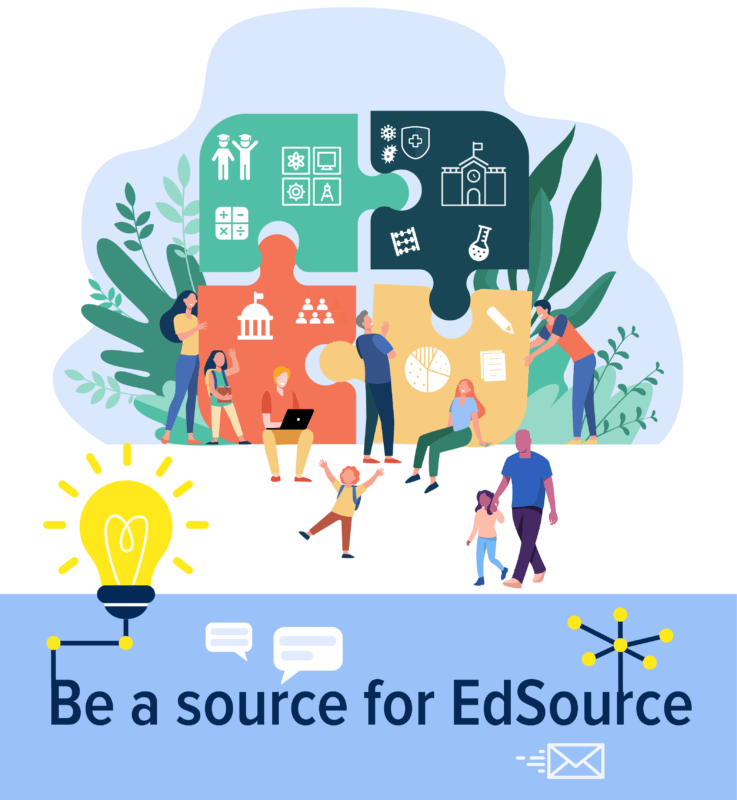 Fensterwald concluded by thanking students for participating in the Ed100 Student Academy. He also extended an invitation. EdSource needs the voices and perspective of students in its reporting, and it depends on contributors to provide it. Students can “be a source for EdSource” by signing up here: Be a Source for EdSource