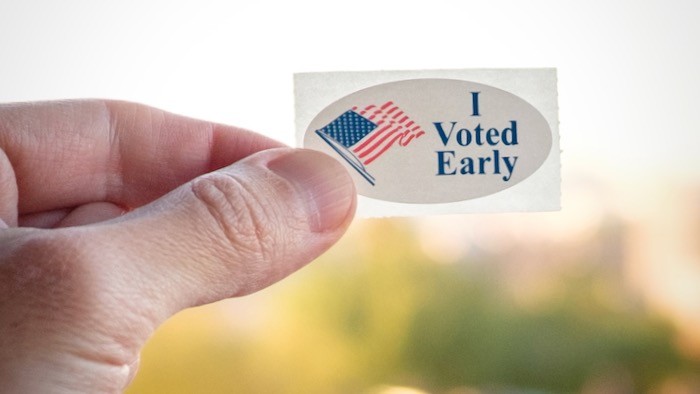 Civic Engagement is Learned by Doing

Young people have long been at the forefront of calls for change, bringing energy and urgency to to causes such as social justice, climate action, and reducing gun violence.

Even as they have vocally advocated for their beliefs, however, young people are barred from becoming fully participating members in our democracy. Though they may pre-register at 16, California citizens are not allowed to vote until they turn 18. This policy is a flaw in California's democratic system, and it should be changed. Voters will have an opportunity soon to take a small action in this direction by supporting Proposition 18, which would bring California in line with other states' policies to remove barriers to voting for young people. It's a good start, but not good enough. 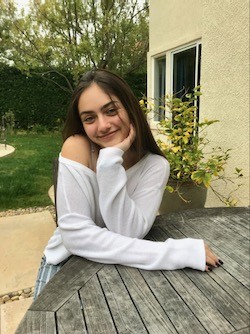 Every high school student in California passes through a series of American history and government classes. These classes teach us how to be informed consumers of media, how to think critically about the function of our democracy, and how to learn the history of important policies and the politicians that shape them. With developments in social media and ready access to news outlets online, young Americans are more informed than ever. Like everyone else, young Americans have abundant access to information about policies, candidates and issues. Yet, 16 and 17-year-olds do not have the right to vote in municipal elections anywhere in California.

It’s no secret that older Americans dominate the polls. Eligible voters over the age 60 are more likely to vote than any other demographic, and voters under 30 are least likely. Based on data from exit polls in the 2016 and 2020 elections thus far, less than one in five young people in Super States voted.

If we want young people to grow up as consistent voters, it’s incredibly important to build habits as teenagers. The public school system is the natural pathway for learning these habits, but as currently set up, it can only teach students the importance of voting in a theoretical sense. Many college-aged Americans don’t know where to start regarding registering to vote or receiving a ballot. The system fails badly in follow-through.

Topics like Medicare, Social Security, or prescription drug costs are often at the center of political debates because these issues matter to older Americans, who consistently vote. If young people cannot vote, it’s unrealistic to expect politicians to pay attention to issues that principally matter to them. If Millennials and Gen Z were to increase voter turnout, we would likely see increased attention to issues that matter to them:

High-profile youth activism was key to the decision to lower the voting age to 18.

The military drafted thousands of young men to fight a proxy war in Vietnam, a country with which they had neither familiarity nor affiliation. Under the age of 21 and barred from voting, they could not express their opinions through the ballot. Youth activists nationwide organized to press their elected officials to pass the Voting Rights Act of 1970, which called for the minimum voting age for state and federal elections to be lowered to 18.

In the case Oregon v. Mitchell, the Supreme Court ruled that this new law was not legitimate, leading youth activists to redouble their efforts. They advocated for states to change their minimum voting age, and found enthusiastic support. In March of 1971, Congress approved an amendment to lower the age restriction, and within two months 38 states ratified it. The 26th Amendment became law in July of 1971.

The Potential for Change

Further lowering the voting age will do a great deal of good for America by empowering young people, teaching them that their vote matters and raising a generation of informed, committed and consistent voters. Luckily, our legislators are starting to recognize this as well.

In recent years, there have been many encouraging signs of broadening support for youth voting. Last year, ACA 8, a proposed amendment to the Constitution of California authored by Assemblymember Evan Low to lower the voting age statewide to 17, passed with an overwhelming majority in the state Assembly (though it stalled in a committee in the state Senate). Communities are lowering the voting age for school board elections to include high school students. In Congress, Massachusetts Representative Ayanna Pressley introduced an amendment to a House bill to lower the voting age in federal elections to 16.

There are three key ways in which you can get involved right now in advocating for the youth vote:

Benjamin Tarver, Josette Thornhill, and Rylee Vizvary (pictured) are Communications Directors for GENup, a student-led nonprofit organization dedicated to promoting education equity, youth civic engagement, and progressive education policies across the state of California. They found their passion for youth advocacy through grassroots political organizing. Causes they have advocated for include the Schools and Communities First initiative, gun violence prevention, and climate action.