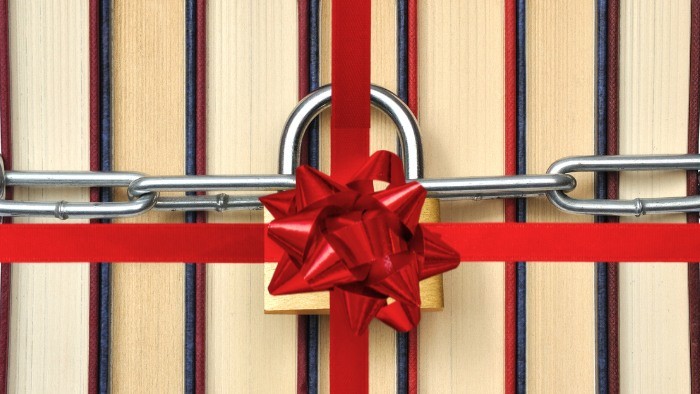 A stocking full of freedom

This year I decided to give my grandchildren banned books. 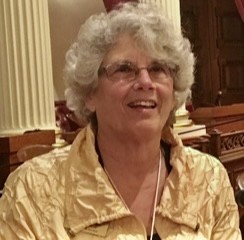 Carol Kocivar is a frequent contributor to Ed100. You can listen to an audio version of this post on KQED.org.

There are lots of choices.

Do I want to give books that some think are too scary, or that promote the occult, or contain objectionable language? How about books that people want banned because they are too violent or include racial themes? Or because they recognize the LGBTQ+ community?

In 2021-2022, more books than ever were banned from libraries and schools —1,648 unique book titles according to PEN America’s Index of School Book Bans. The most frequent targets are books with LGBTQ+ themes and books about racism or fiction featuring non-white characters. 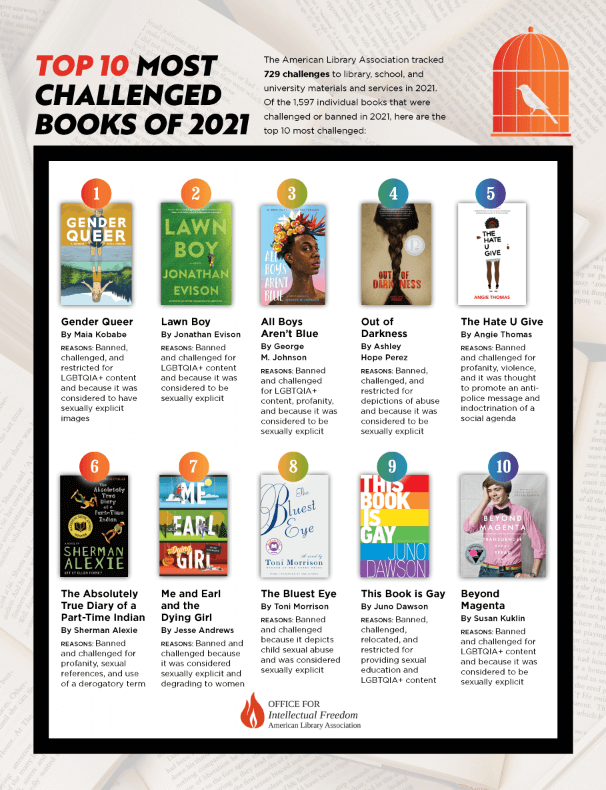 Unlike past book bans generated by individuals, some of these bans have been orchestrated at the level of state legislation as political statements. Attempts to "protect" students from the written word have become so widespread they have a name: educational gag orders. While they may not specifically say “book ban”, they have a chilling effect on the selection of literature and teaching about sensitive topics. (Tracking map of gag orders.) 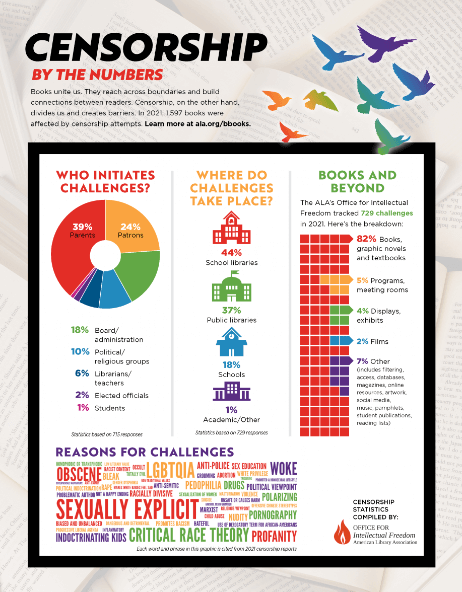 In Southern California, Burbank Unified removed 5 books from its required reading list: To Kill a Mockingbird, Huckleberry Finn, Of Mice and Men, The Cay, and Roll of Thunder, Hear My Cry. In Santa Clarita, the William S. Hart Union High School District removed This Book is Gay from the library.

Some of the efforts to ban books are well-coordinated. According to the PEN Report:

“Broadly, this movement is intertwined with political movements that grew throughout the COVID-19 pandemic, including fights against mask mandates and virtual school, as well as disputes over “critical race theory” that in some states fueled the introduction of educational gag orders prohibiting discussion of “divisive” concepts in classrooms. While many of these groups use language in their mission statements about parents’ rights or religious or conservative views, some also make explicit calls for the exclusion of materials that touch on race (sometimes explicitly critical race theory) or LGBTQ+ themes.”

How do schools choose books?

In California, book selection (and censorship) is a matter of local control. Each local board approves literature. The Department of Education recommends that districts have literature selection policies for both school library collections and literature that is used in the classroom. The state has Recommended Literature: Prekindergarten Through Grade Twelve to help districts select literature, but the database is hard to use and poorly maintained. In any case, decisions are made by the school board, not by the state.

The American Library Association provides a toolkit for libraries and schools to help create a book selection process, and — in case a book is challenged — a reconsideration procedure.

What I really want to give my grandchildren is the idea of freedom of speech. That they have the right to read books that others may not like, and that age-appropriate history lessons about uncomfortable events are important. That they can learn about a diverse and complex world.

In looking over my shopping list of banned books, I discovered that many of the banned books were ones I had read to my own children when they were young.

Where the Wild Things Are. Be warned. It promotes witchcraft and supernatural events. Charlotte’s Web: Talking animals. Really?

Harry Potter? The Wizard of Oz? Dr. Seuss? Where’s Waldo? Where the Sidewalk Ends? The Diary of Anne Frank?

You’ve got to be kidding.

My grandchildren already know what their presents will be. We sat down together and went over a banned books list to make selections.

What did they pick?

The seven year old went for The Call of the Wild, banned in some countries as being too radical. He loves graphic novels, so The Witches, the Graphic Novel is on his list. Why banned? Some say it is satanic and conflicts with religious and moral beliefs.

Rounding out his selections is The Refugee, about a Jewish boy fleeing Nazi Germany, a Cuban girl seeking safety from political unrest, and a Syrian boy fleeing violence. It’s been banned because of its “mature theme”.

The thirteen year old picked To Kill a Mockingbird, a book about racial injustice in America. The Glory Field also is on the list, banned for racial themes. It is about the history of an African American family.

Why give banned books this holiday season?

This holiday season is your chance to speak out against censorship and to support the free expression of ideas. Whatever you celebrate, there is a banned book that can help children learn compassion, value diversity, and think critically. You can use this list from the New York Public Library: Banned Books Reading List: Stand for the Right to Read Freely. 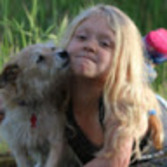 The most ironic situation on this subject that I witnessed was during COVID. At a single school board meeting, some members wanted to give parents choice on whether to have their children wear masks or not, but later in the meeting voted down a parent's choice to allow their children to have a specific book available to read and discuss. Sad that so many parents want to protect their children from being exposed to ideas and concepts that they disagree with rather than have an open discussion with them about why they believe what they believe, and allow their children to form their own opinions.