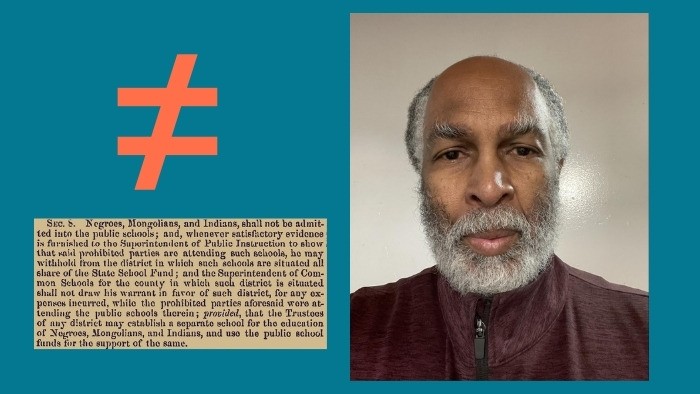 In life, no one starts at the finish line. Getting to the top is like climbing a cactus. You can get there, but it's gonna hurt.

That's Black history in the United States. It's the story of overcoming discriminatory public policy. Opening doors to opportunity. Taking a seat. And rising to the top.

When you reach my age and look back on your life, you can clearly see three things that matter the most:

What determines these? Education. A great education will determine where you live, who you marry, and what you do for a living.

Education, as we now engage in it, didn't even exist 100 years ago. In fact, "education" is not mentioned at all in the United States Constitution. It was left to the states, including California, to work out under the broad terms of the 14th amendment.

California declared itself a “free” state at its founding in 1850, a move that destabilized the Missouri Compromise and helped trigger the Civil War. Even so, California, like many other states, has a sordid history of discrimination in education. For many years “Negroes, Mongolians and Indians” were not allowed to attend public school in California. They had to go to separate schools.

The excerpt below from the California Common Schools Act of 1860 does not mince words:

Chap. CCCXXIX - An Act amendatory of, and supplementary to, “An Act to Establish, Support, and Regulate, Common Schools, and to Repeal former Acts concerning the same,” approved May third, one thousand eight hundred and fifty-five” [Approved April 28, 1860]

Sec. 8. Negroes, Mongolians, and Indians, shall not be admitted into the public schools; and, whenever satisfactory evidence is furnished to the Superintendent of Public Instruction to show that said prohibited parties are situated all share of the State School Fund; and the Superintendent of Common Schools for the county in which such district is situated shall not draw his warrant in favor of such district, for any expenses incurred, while the prohibited parties aforesaid were attending the public schools therein; provided, that the Trustees of any district may establish a separate school for the education of Negroes, Mongolians, and Indians, and use the public school funds for the support of the same.

It took decades of lawsuits and then a US Supreme Court decision in 1954, Brown v. Board of Education, to ensure that all students have the right to attend integrated public schools. Here are some of the California milestones:

We must cherish these hard-earned rights. Black history is not just about slavery and restrictive covenants and closed lunch counters. It’s also the history of spectacular inventions and discoveries.

Black History Month is a celebration of what all Americans should cherish. It's the story of the rewards for hard work and talent and the benefits of education.

Those of us who grew up in the sixties and seventies remember two songs - "Say It Loud, I'm Black and I'm Proud", by James Brown, and "Young, Gifted and Black", by Aretha Franklin. I liked Nina Simone's version better.

So, here we are, in 2022. I'm proud of the achievements of African Americans. As we go forward, I sincerely wish that our schools — elementary, middle and high — will focus on and celebrate our present black heroes and role models. Acknowledge the past, but don't get stuck there.

Who are these role models? Some you know, others you might not:

Education has opened doors for so many. But as I say to my high school granddaughter: “Opportunity doesn’t knock — it only opens when you knock.” 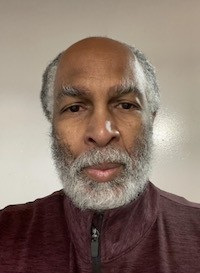