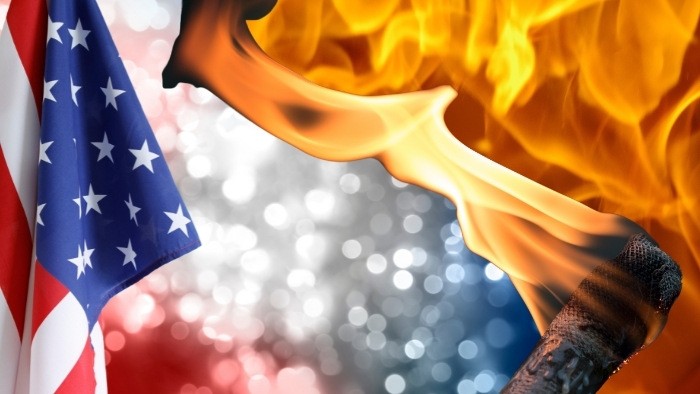 This year, Independence Day is a time to consider the fragility of our democracy, and what our education system must do to protect it.

Since the Declaration of Independence on July 4, 1776, the heart of our democratic tradition has been the shared conviction that our leaders are legitimate because they are elected. They rise to power through the will of the people, expressed peacefully via the ballot.

On January 6, 2021, America’s democracy survived an attempted coup. This was the culmination of an orchestrated plot to overthrow the government of the United States through a blend of parliamentary maneuvers and mob violence.

Encouraging this attempted coup was the former president of the United States, who remains to this day unwilling to respect the outcome of the democratic process.

The question “will January 6 be the new July 4?” is not an idle one. America’s slow, divided response to the attempted coup raises troubling questions, including whether Americans remain committed to democracy. If not, what has gone wrong?

America’s founding documents make it very clear that the ideals of democracy were central to the creation of this nation:

"We hold these truths to be self-evident, that all men are created equal, that they are endowed by their Creator with certain unalienable Rights, that among these are Life, Liberty and the pursuit of Happiness.

…That to secure these rights, Governments are instituted among Men, deriving their just powers from the consent of the governed.

The 12th amendment of the US Constitution sets out the rules for the peaceful transfer of power.

The President of the Senate shall, in the presence of the Senate and House of Representatives, open all the certificates and the votes shall then be counted; the person having the greatest number of votes for President, shall be the President…”

Rather than accept the will of the voters, the coup attempt played out in stages. Courts throughout the country had to defend against frivolous lawsuits and allegations of voter fraud. When that failed, the coup attempt embraced political propaganda (see film), fake news, and, when those failed, violence. Mobs, inflamed by the defeated president, declared Jan. 6 their own revolution.

Education and the defense of democracy

Public education plays a critical role in democracy, helping children understand their responsibilities as citizens. In light of the attempted coup on Jan. 6, what should schools do now to help all children participate wisely in our democracy?

The critical need for critical thinking

Part of the answer may require something very difficult in an age of Tweets and Tik-Toks: teach kids to slow down and think critically.

According to Daniel Kahneman, author of Thinking Fast and Slow and winner of the Nobel prize in economics, critical thought does not come naturally. Most of the time our brain is on automatic pilot. We make quick decisions that don’t need a lot of analysis. But sometimes that doesn’t work:

America's political divide reflects, in large part, how voters get information and how they interpret it. Scientific American reports that biases make people vulnerable to misinformation spread by social media. The video below, “Why do our brains love fake news?’, explains how our brains make us believe that fake news is real news. A big part of it is confirmation bias. We interpret new evidence as confirmation of our existing beliefs.

Part of what it means to be a good citizen is to make informed decisions. That means looking carefully at the sources of information.

Helping students learn to separate fact from fiction, propaganda from analysis, and bias from neutrality is one way to help close the political divide. To do this, schools must teach students how to think critically. Critical thinking requires you to go off auto-pilot and intentionally analyze information so that you can make an informed decision.

Our democracy depends on citizens who are prepared to choose wisely. In today's world of instant information, thinking critically is essential.