Patriotism and the Role of Public Schools 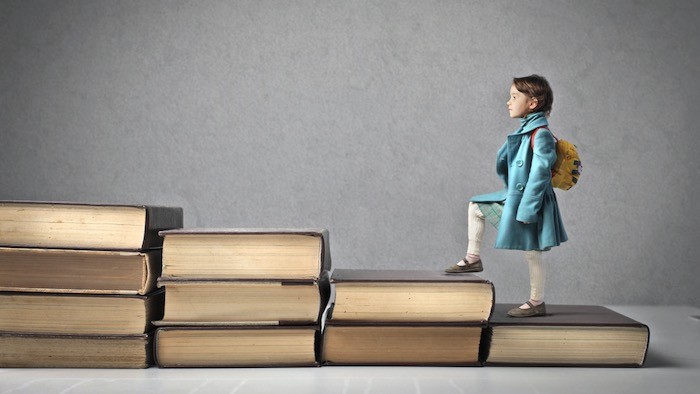 Toward a More Perfect Union?

Should our schools teach history in a way that highlights the glory of America or in a way that includes the good, the bad and the ugly?

That’s the essential question posed by President Trump in his call on Constitution Day to "clear away the twisted web of lies in our schools and our classrooms, and teach our children the magnificent truth about our country."

For those who have studied history, this call smacks of Orwell’s 1984 and recalls the takeover of the German and Italian education systems by Hitler and Mussolini in the 1930s.

Triggered in large part by the Black Lives Matter protests and by the New York Times Pulitzer Prize-winning 1619 Project, President Trump is promoting “patriotic education” and calling for the creation of a 1776 Commission “to teach our children about the miracle of American history.” The President said:

“The only path to unity is to rebuild a shared national identity focused on common American values and virtues of which we have plenty. This includes restoring patriotic education in our nation's schools, where they are trying to change everything that we have learned.”

It's worth acknowledging the part of his statement that is true: There is no doubt that the version of history the President was taught two generations ago differs from what is taught today. He started school in the 1950’s, nearly 70 years ago. He attended a private elementary school and a military academy for high school. His early education was before:

The Big Question: What's the Goal of History Education?

Is the primary goal of teaching history in a democracy to develop informed citizens or to foster patriotism?

It's important to know that there is no national curriculum for history education. The CBS series 50 states, 50 different ways of teaching America's past examines some of the many differences in how US history is taught, including sharply different approaches to teaching about slavery and civil rights, the causes of the civil war, racism and white supremacy.

California recently revised its History and Social Science Frameworks, reflecting a major pivot in the way history is taught in this state. Rote memorization of historical facts is out. Analysis, critical thinking and linking major ideas across time are in. This approach is meant to be inclusive: study history from many perspectives. Help students develop respect for people as equals regardless of ethnicity, nationality, gender identity, sexual orientation, and beliefs.

What does this mean in contemporary terms? In California, America's history is no longer taught primarily through experiences of white European citizens but through the experience of all Americans:

The California History and Social Science Frameworks are designed to help students explore the ideas of liberty and equality by learning how Americans have organized both in support of and opposition to government policies. Students are taught to think critically and develop skills to separate facts from fiction.

How Does This Affect Democracy Today?

One timely example of the differing approaches to teaching history shows up on the Nov. 3, 2020 ballot in California: Proposition 16

This measure would allow government and public institutions to grant preferential treatment to persons on the basis of race, sex, color, ethnicity, or national origin in public employment, public education, and public contracting. Your perspective on this issue may be shaped by your knowledge of slavery, racial and sexual discrimination, wealth inequality and education achievement gaps.

I think the scholarship from women and people of color that is making our history more complete exemplifies the dividends that we can expect when we make sure underrepresented voices speak from our institutions.

I have loved the direction that my kids' history classes have taken, the emphasis on primary sources, a wide range of official documents, and contemporary books, and the de-emphasis of textbooks. I can't believe Trump's crazy idea is even being considered. We are supposed to be moving towards a more diverse and just society and we can only do that by learning as much as we can about the failed policies and the divisiveness of the past. It is unfortunate that he equates being a good citizen with being patriotic, since his brand of patriotism is really just dangerous nationalism.