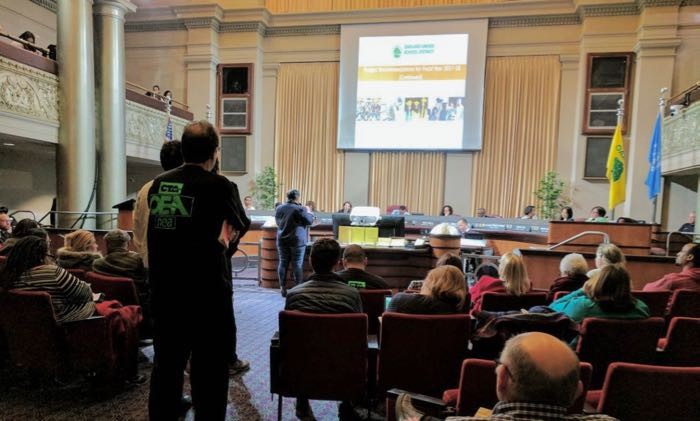 Who are the members of the school board?

What are the responsibilities of a school board member?

For whom does the superintendent work?

Are all school boards the same?

Does every district have its own school board?

Are school board meetings open to the public?

Are school board members paid?

How can I influence school board decisions?

The policies and priorities for running a district’s regular public schools are set by a locally-elected school board and are implemented by district staff under the direction of the superintendent. Public charter schools, which enroll about 600,000 of those students, are also governed locally, but by a governing body not affiliated with the local school board. They are also subject to oversight by their authorizer.

Who are the people that make up the School Board?

School board members are elected to ensure that the local schools represent the values of the community.

Trustees, School Board Members, Governing Board Members – no matter what you call them, they are locally elected public officials whose job it is to govern the public schools in their community. School board members are elected to ensure that local schools represent the values of the community. They are members of the community and live in the districts where they serve.

Want to know the members of a school board, and when their term ends? It's public data, conveniently available from XQ Institute.

School Boards and Their Duties

While student outcomes are at the crux of their work, that is not all that school board members must monitor. Boards are also responsible for:

Authority to govern is granted to the board, as a whole. No single school board member has the authority to make decisions on his/her own. Board Members work as a governance team, along with the superintendent, to make decisions that will best serve all the students in the community. Effective boards work hard to build strong relationships amongst themselves and with the superintendent.

Authority to govern is granted to the board, as a whole. No single school board member has the authority to make decisions on his/her own.

Some practices vary by district

Others are consistent statewide

Members of school boards serve for 4 years in staggered terms. School boards are public entities, and their meetings are subject to the requirements of the Ralph M. Brown Act (the Brown Act), California’s open meeting law. School Board meetings are held regularly. The agenda for the meetings must be published 72 hours in advance. There is time set aside on every agenda for public comment. (Want to know more? Watch this video.)

Why attend a Board Meeting?

Board members often find themselves in the untenable position of having to balance the desires of the community against the financial limitations that all public schools in California must face.

The public is welcome at school board meetings, even in times of crisis like the COVID-19 pandemic. Surprisingly, yes, people actually do show up for them, and what they say can influence board members' decisions. When things are going well, attendance at board meetings tends to be low. But when community members or employees are not happy, they can fill the room with people who have a message for the board. During collective bargaining with the local unions, for example, employees may come to board meetings to share their concerns about negotiations.

Attendance also tends to increase when members of the community want to address the board about a specific issue. The issue need not be on the agenda for the public to come and comment, because the meeting agenda includes time for public comment. Things like school closures and boundary changes always seem to elicit crowds at meetings. Rightfully so. As the board members are elected to represent the values of the community, so must they be mindful of the district’s financial health. Board members often find themselves in the difficult position of having to balance the desires of the community within the limitations of financial resources available.

This post is the first of a series about school boards. There is much more to know. This series will continue to explore the intricacies of school boards and their relevance in the national dialog that currently confounds and often scares us about the future of public education. School boards play an important role in citizen oversight of government and local control of our children’s futures. In the meantime, you might want to look up the date of your district’s next board meeting and plan on attending. You never know what you’ll learn.

Denise Jennison joined the Ed100 team in 2017 to help readers understand California's school system with particular focus on school boards. Denise has been a member of the school board in the San Ramon Valley Unified School District since 2010. She has served as both the president and treasurer of the Contra Costa County School Boards Association as well as serving four years on the California State PTA Board of Managers. The daughter of two public school educators, Denise attended California public schools from elementary school through the University of California. All four of Denise’s sons attended and graduated from San Ramon Valley Unified School District schools. A credentialed teacher, Denise lives in Danville with her husband, dogs and occasional returning sons.