View Lessons ▾ Blog Search
1.0 Education is…
Overview of Chapter 1 1.1 California Context
Are California’s Schools Really Behind? 1.2 International Context
Are U.S. Schools Behind the World? 1.3 Economic Context
Schools for Knowledge Work 1.4 Social Context
The High Social Costs of Educational Failure 1.5 Wishfulness
Is my school better than others?
1.6 Progress
Are Schools Improving? 1.7 History of Education
How have Schools Changed Over Time? 1.8 Purpose
What is Education For, Really?
2.0 Students...
Overview of Chapter 2 2.1 Diversity
The Changing Face of America's Students 2.2 Poverty and Race
How Do Students' Backgrounds Affect Their School Performance? 2.3 Health and Learning
What Can Schools Do? 2.4 Parents
A Child's First Teacher 2.5 How Does Education Change
Inputs and Outcomes
2.6 Motivation
What Motivates Students? 2.7 Special Needs
Why Not Teach All Kids Alike? 2.8 Foster Youth
Educating Foster Kids 2.9 Undocumented
Undocumented Students 2.10 Student Voice
What is the Role of the Student in Education Leadership?
3.0 Teachers
Overview of Chapter 3 3.1 Recruitment
Who Teaches, and Why? 3.2 Preparation and Certification
How To Make a Teacher 3.3 Retention
How to Retain a Teacher 3.4 Teacher Placement
Who Teaches Where? 3.5 Teacher Development
How Do Teachers Improve?
3.6 Teacher Collaboration
How do educators work together? 3.7 Benefits
The Benefits of Teaching 3.8 Teacher Pay
How Much do Teachers get Paid? 3.9 Evaluation
How Do Teachers Know If They Are Succeeding? 3.10 Tenure and Seniority
Teacher Tenure - Good? Evil? 3.11 Pensions
How Good is a Teacher's Pension?
4.0 Spending Time...
Overview of Chapter 4 4.1 Preschool
Yes, Early Childhood Education Matters 4.2 Class Size
How Big Should Classes Be? 4.3 School Hours
Is There Enough Time To Learn? 4.4 Time Management
Spending School Time Well 4.5 Extra Time and Tutoring
When Kids Need More Time and Attention
4.6 Summer
Time to Learn, or Time to Forget? 4.7 After School
What Should Happen After School? 4.8 Attendance
Don't Miss School!
5.0 Places For Learning
Overview of Chapter 5 5.1 Where Do You Live?
Zip Codes and School Quality 5.2 School Choice
Should You Have a Choice of Schools? 5.3 Selectivity and Diversity
How Schools Sort Students 5.4 At Risk
When Regular School Doesn't Cut It 5.5 Charter Schools
Public schools, different rules
5.6 Private Schools
Tuition, Vouchers, and Religion 5.7 Community Schools
Services beyond classwork 5.8 Principals and Superintendents
The Pivotal Role of an Educational Leader 5.9 School Facilities
What Should a School Look Like? 5.10 School Climate
What Makes a School Good? 5.11 Small Schools
Oops, We Shrunk the Schools!
5.12 Home Schools
How Do They Work? 5.13 Discipline and Safety
Who Rules the School?
6.0 The Right Stuff
Overview of Chapter 6 6.1 Grade-level Expectations
How Do Common Core Standards Work? 6.2 Academic Rigor
Is School Challenging Enough? 6.3 Literacy
Ensuring All Kids Learn to Read, Write and Speak English 6.4 STEM
Science, Technology, Engineering and Math 6.5 Test
Why Tests Matter and How They Work
6.6 Technology in Education
New Tools for Teaching and Learning 6.7 Let’s Get Engaged
Making School Interesting 6.8 Arts Education
Creating in School 6.9 P.E. and Athletics
How does sweat and movement help learning? 6.10 Let’s Go!
What Makes a Field Trip Great? 6.11 Career Technical Education
New Thinking
6.12 Service Learning
Learning to Help Others 6.13 Social-Emotional Learning
Intangibles that Support Academics 6.14 Character
Can Values and Habits be Taught? 6.15 Geography, History and Civics
When, Where and Why 6.16 World Language Learning
The Cure for Ugly Americans 6.17 Personal Finance
Learning to Earn
7.0 And a System…
Overview of Chapter 7 7.1 The State
The Buck Stops Here 7.2 The Feds
Power to Provoke Change in Education 7.3 School Districts
In Charge of Most Local Schools 7.4 Thinking Regionally about Education
County Offices, and Crossing Boundaries 7.5 Teachers' Unions
Don't Underestimate Them
7.6 Initiatives and Education
California's Initiative Process and How It Affects Schools 7.7 Politics and Philanthropy
Power players of the Education System 7.8 Accountability
Principles and Policies for Education 7.9 When Schools Fail
Interventions and Consequences 7.10 The LCAP
Annual plans for school districts
8.0 …with Resources…
Overview of Chapter 8 8.1 Spending
Does California Spend Enough on Education? 8.2 Education Spending
What can education dollars buy? 8.3 Who Pays for Schools?
Where California's Public School Funds Come From 8.4 Prop 13 and Prop 98
Initiatives that shaped California's education system 8.5 LCFF
The formula that controls most school funding
8.6 Categorical funds
Special education and other exceptions 8.7 School Funding
How Money Reaches the Classroom 8.8 Effectiveness
Is Education Money Well Spent? 8.9 More Money for Education
What Are the Options? 8.10 Parcel Taxes
Only in California... 8.11 Volunteers
Hidden Treasure Trove for Schools
9.0 Success
Overview of Chapter 9 9.1 Measures of Success
For Kids and For Schools 9.2 Student Success
How Well is My Kid Doing? 9.3 Tests
Standardized Measures of Student Learning 9.4 Student Readiness
College and Career 9.5 Education Data
Keeping Track of the School System
9.6 Achievement Gaps
The System's Biggest Challenge 9.7 The Dashboard
Measuring California School Performance 9.8 After High School
What California’s System Provides 9.9 Paying for College
High hopes and college loans
10.0 So Now What?
Overview of Chapter 10 10.1 Blow It Up?
Big Ideas For Education Change 10.2 Go Big
What Money Might Do 10.3 Educational Efficiency
Education for Less 10.4 Change
What Causes Change in Education? 10.5 Learn More
Organizations and Resources

In 2014, America observed Mother’s Day for the 100th time since Woodrow Wilson signed the act that officially placed it on America's calendar.

Of the 85 million mothers in America, about 5 million are stay-at-home moms, society’s great good-for-nothings.

Unpaid work does not count in economic statistics, so moms officially contribute nothing to the economy – unless they also take a paying job. We all know this is nonsense, but there it is. Officially, motherhood is worthless. The numbers don’t lie, right? 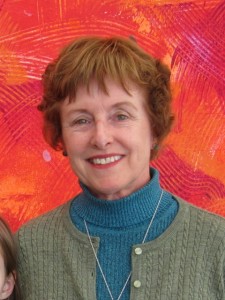 Every year at this time, a small flurry of articles, not all of them silly, discuss the dollar-equivalent value of motherhood. Mothers aren’t paid for being moms – but if they were, what would be their base pay? Should we believe the insure.com estimate that Mom could be outsourced for about $60,000 per year? (Dads, knock that smug look off your face. The same source pegs your dollar-equivalent annual value around the house at about $20,000.)

Money is valuable for what it can buy, but not everything valuable is for sale. Savvy teachers and school leaders are aces at recruiting help for free. Many moms (and some dads) are eager volunteers. They bring commitment and skills of tremendous value to the kids, schools, and programs they support. They tutor students who need help, including their own. They organize activities. They chaperone field trips. They organize fundraisers. They help in the office, or the library, or at the curb. They translate for parents who have trouble with English. They support after-school programs or coach teams.

Unfortunately, this river of unpaid, mostly mom-powered volunteer capacity flows unevenly through America’s communities. In the most privileged communities, parents are eager, able, and available to help. But in places where moms and dads are just scraping by or struggling with English, it can be difficult even to arrange parent-teacher conferences.

This is more than just an impression, or a stereotype. In 2011, a survey by the Bureau of Labor Statistics reported major differences in volunteering activity by ethnicity, marital status, and educational attainment.

Volunteerism is a valuable resource everywhere, but it is unevenly distributed. Some communities and schools are in a better position than others to recruit moms and dads and put their skills to work for kids. This difference plays a very real and usually overlooked role in the gaps between schools of privilege and schools of poverty, a topic examined in Lesson 8.11 of Ed100.org. Addressing this disadvantage is part of the reason why many states, now including California, allocate extra funds to schools where there are concentrations of students in poverty and with limited English skills.

Mother’s Day is a good time to remember that while money can buy things of value, not everything of value has a price.

Jeff Camp is the primary author of Ed100.org. He co-chairs the Education Circle of Full Circle Fund, an organization of “good for nothings” in the San Francisco Bay Area. Full Circle coordinates small teams of volunteers working in support of great nonprofit organizations that need a little help to get to the next level, whatever that may be. Ed100 is an online resource for people who want to learn how to make education work better, especially in California.

A version of this post first appeared on EdSource in 2008.

As a current "good for nothing", I am lucky enough to serve on a PTA board with a highly-educated, talented blend of paid-working and unpaid-working women. The wealth of experience and expertise brought to our school through everyone's willingness to volunteer, regardless of their work schedule, is incalculable.

While others clearly may not have as many opportunities for education and economic flexibility, I always come back to the element of choice for many parents in volunteering. Regardless if you work in or outside your home, your volunteer time should be acknowledged and appreciated consistently. You are choosing to contribute to the greater good.

For those who are fortunate enough to not be working to only sustain the necessities of life, it is still a choice to sacrifice your time on behalf of others. Sadly, this is a diminishing community ideal and schools will suffer bc of it.