A Dream Education Budget for California 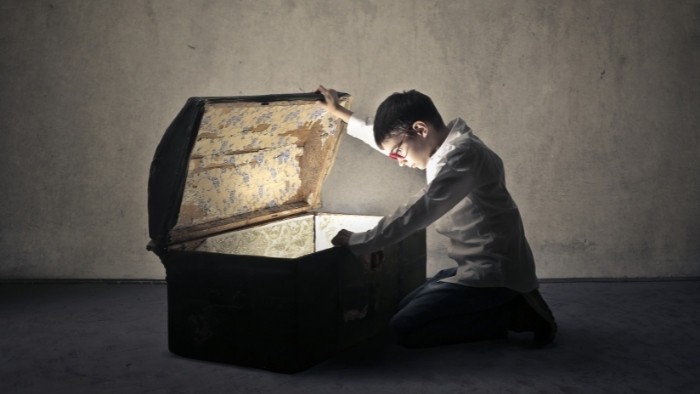 California’s 2021-22 budget for education reads like a treasure chest of best education practices:

These investments have long been on the wish list of many parents and educators. And for good reasons: long-term studies of worldwide education systems identify them as key components associated with long-term success. These practices provide greater equity and learning opportunities, especially for disadvantaged students.

What a difference a year makes, right?

Last year, at the outset of the Pandemic, schools struggled to pay for COVID-related costs and the state faced a $54 billion budget deficit. This year, growing state tax revenues and huge investments from the federal government turned that stark picture around.

Total Education Funding. It’s often said that budgets are an expression of values, but they are also an exercise in forecasting and risk assessment. Each year’s budget is based on official educated guesses about the amount of money that will be collected in taxes and fees from multiple sources, from property taxes to lottery ticket sales. This year's budgeted funding for all K-12 education programs is the highest level in California's history. The combination of $65.5 billion in state funds and a whopping $58.4 billion in federal and anticipated local funds totals $123.9 billion. That’s an average of $21,555 per student. (Federal funding traditionally pays for programs such as child nutrition, special education, and Title I, to improve the academic achievement of the disadvantaged.)

The big funding bump for education this year is due not only to increased state revenues but also in large part to quick action by the President and Congress to provide more resources to states in response to the Pandemic.

The Federal Government to the Rescue. Last year the state gave schools extra money above the legal minimum to keep schools from cratering. The money came from reductions in other state programs. California would still be struggling were it not for the huge amounts of federal help. The American Rescue Plan provides $26 billion in fiscal relief for the state and $16 billion for local governments, and most of it ($15 billion) is going to schools.

Putting it all together. So how much will your district actually get in combined relief funding from different sources? EdSource developed district-by-district estimates. The Learning Policy Institute sums it up: 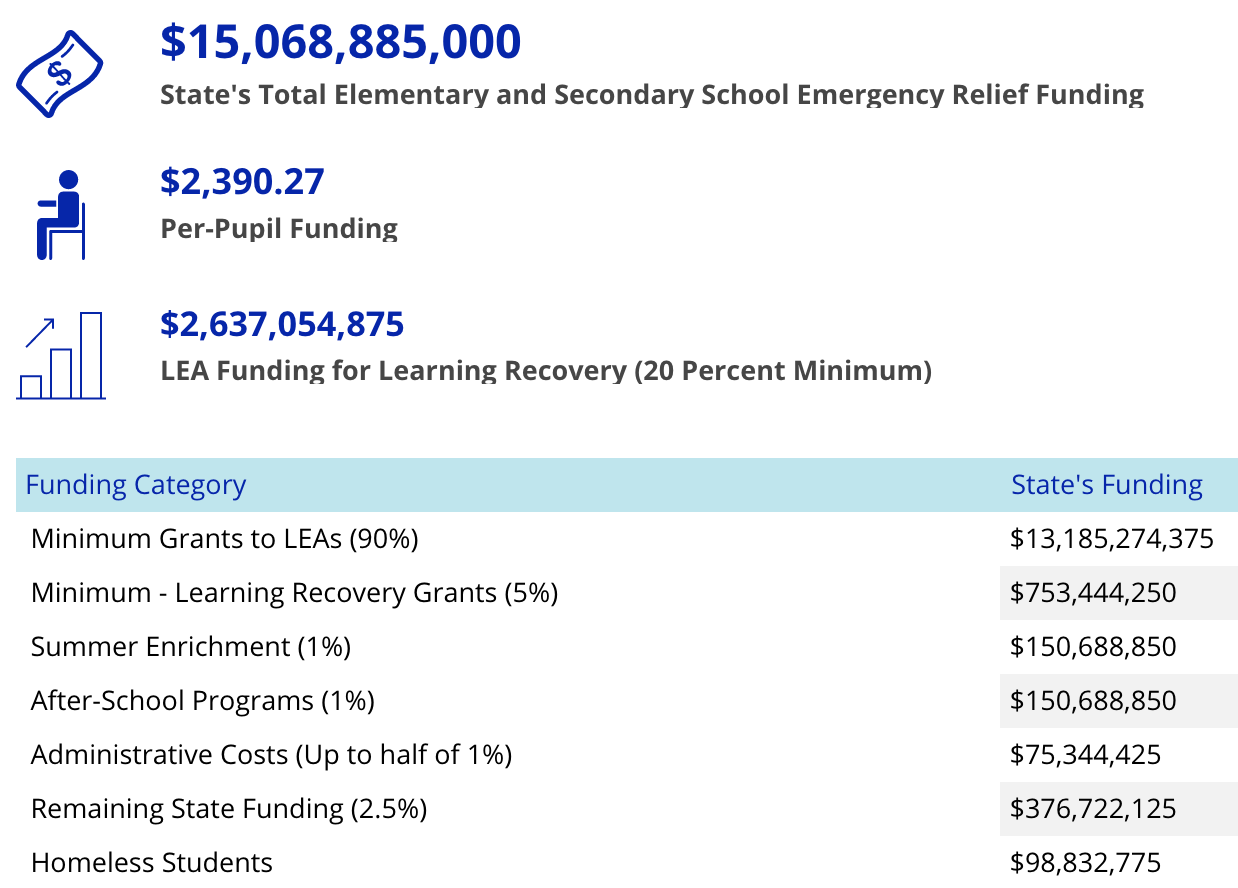 Last year, state revenue estimates were so low that the state deferred payments to school districts. In plain language that means local school districts weren’t paid on time. Districts had to use their reserves or borrow to meet expenses. This year, unexpectedly higher state revenues bring smiles to the faces of school district budget managers. All those IOUs totalling $11 billion are paid off in this budget to schools and community colleges.

It’s also time to pay back money owed to the state general fund, the largest portion of the state budget. Last year, budget cuts to the non-education side of the budget helped support schools. The increased state revenues plus the federal funding for schools gives California the wiggle room to invest a lot more of its state money to support other important non-education programs. The table below shows the large increases in spending compared to education funding: 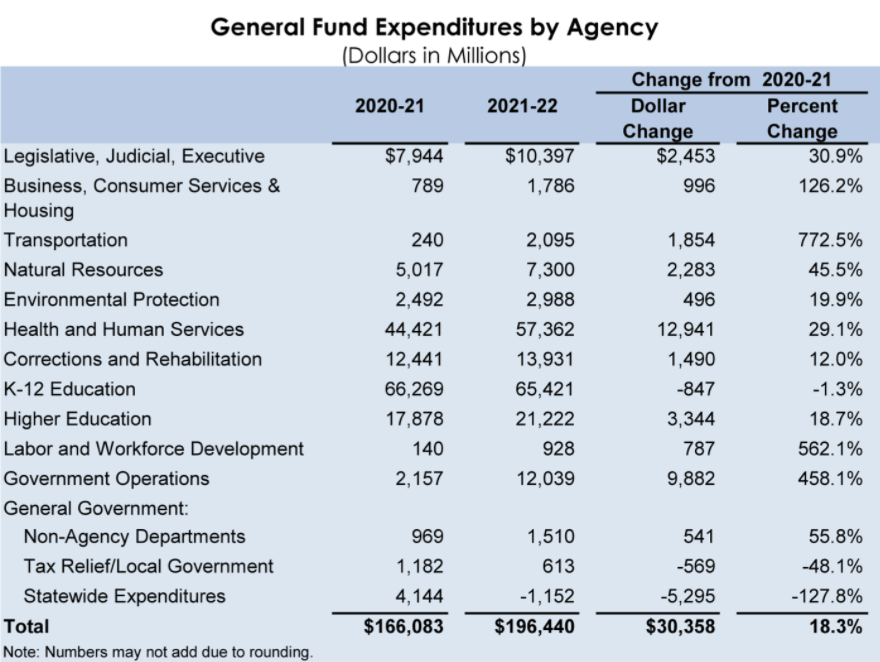 Budget rule of thumb: Use one-time money for one-time expenses

Below is a quick summary of major state education investments in the California 2021-22 Enacted Budget. A lot of the money, especially including federal Covid relief funds, is what budget nerds call one-time revenue. A budget rule of thumb is that one-time money should be used for one-time expenses, not for ongoing operations. For example, don’t spend one-time money to hire permanent staff that will need to be paid ongoing salaries when the one-time money goes away. Using one-time money for emerging, experimental or temporary programs can help avoid painful future cuts to ongoing programs.